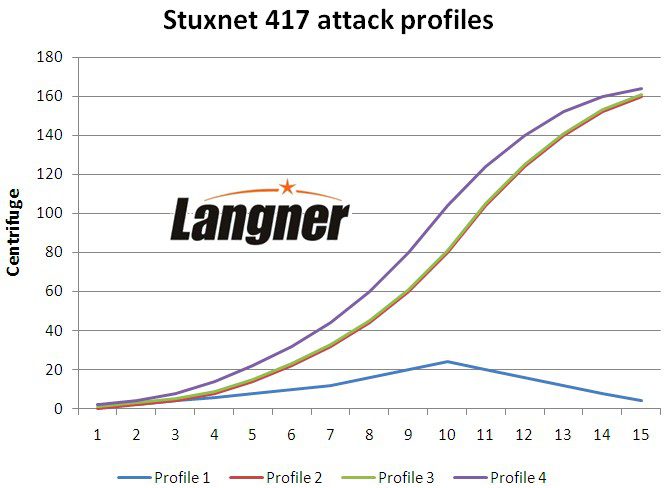 While we, as many others, have believed for some time that Stuxnet’s goal would be to crash IR-1 centrifuges, code analysis of the 417 attack code shows that things are not that simple. Ok, this shouldn’t surprise anyone who followed the Stuxnet saga for a while; this damn virus just keeps coming up with new surprises. Besides cracking centrifuges, another major goal of the attack seems to be the reduction of LEU output (LEU = Low Enriched Uranium).

Now let’s take a closer look at those attack profiles. In an ideal world, performance would probably be linear, resulting in a straight line from down left to up right. The next best thing to ideal seems to be profile 4 in the graph; that’s as good as it got in Natanz. Profile 2 and 3, almost identical, leave something to be desired. But profile 1 is really shitty. Every time profile 1 is activated, somebody is missing LEU output.